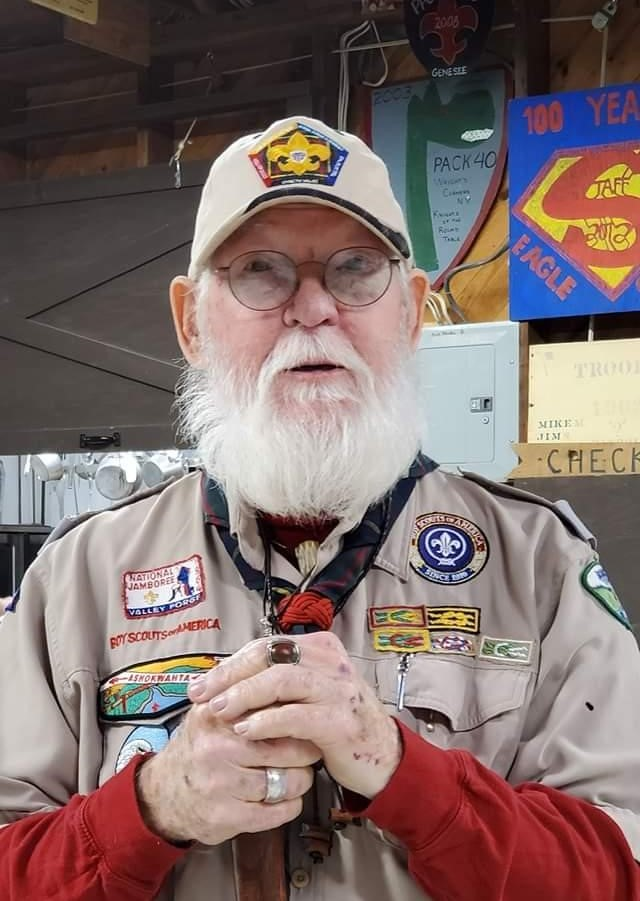 Please share a memory of Melville to include in a keepsake book for family and friends.
View Tribute Book
Dansville – Melville Wallace Hunter age 71, passed away Saturday Evening March 26, 2022, at Strong Memorial Hospital in Rochester following a prolonged illness. He was born in Long Island, NY on September 26, 1950, a son of the late Dr. Harold Wallace and Dr. Nadene (Denison) Hunter. He grew up at Craig Developmental Center Sonyea N.Y. Graduated from High School from Mt. Morris Central School Mt. Morris NY. Graduated from Corning Community College with Associates Degree in Nursing and became a Registered Nurse. Graduated with a Bachelor's degree of Science in Health Care Administration from St Joseph's College from Standish Maine. He also received a Master of Science in Health Care Administration from St Francis Joliet Illinois. Melville served 16 years in the Reserves for the U S Army Nurse Corps and earned the rank of Major. Melville worked for Veterans Administration for over 29 years and worked at several hospitals in the country retiring from Bath VA Medical Center. In addition to Melville's extensive career. Melville was deeply involved in his community through civic and philanthropic works. Melville was committed to the ideals of the Boy Scouts of America and contributed a great deal of his time to being the camp nurse at many locations across the state. Melville Has the distinct honor of being an Eagle Scout, a member of the Order of the Arrow. Melville also earned Wood Badge And earned the Daniel Carter Beard Masonic Scouter Award. Melville also committed his time to Free Masonry. Melville has the distinct honor of being a 32nd degree Master Mason, a Knights Templar, a Shriner belonging to the Zembo Temple of Harrisburg, PA, and a Grand officer of Royal Arch to the state of New York, Along with a Bagpiper in the Shriners Bagpipe Band. Melville is survived by his loving wife of 47 years Cynthia Ann Hunter, his daughter, Crystal (Joshua) Secor, his grandchildren, Feonna Lynn, Gauge Alonzo Wallace Secor, his siblings, Josiah Wallace Hunter, James Wallace Hunter, Sara Emily (Arby) Swift, Helen Carrie Voysey. Martha Louisa (Jerry) Stranford, Walcott Wallace (Terry) Hunter, Several nieces, and nephews. He was also predeceased by his siblings, Nadene Beck Hunter, and Harold Wallace Hunter Jr. Melville has left a big footprint on all walks of life and he will ever be loved and missed by all. A Masonic Memorial Service will be held at 12:00pm on Saturday April 2, 2022nd at the Hindle Funeral Home Inc. 271 Main St. Dansville. Online Remembrances can be left at HindleFuneralHome.com In lieu of flowers please make memorials to Iroquois Trail Council 102 S. Main St. Oakfield NY, 14125, Designated to Camp Sam Wood, or Camp Witmer. To make donations to the South Dansville Masonic Lodge, in care of Don Griffin 3264 St. Route 436 Dalton, NY. 14836
Saturday
2
April

Share Your Memory of
Melville
Upload Your Memory View All Memories
Be the first to upload a memory!
Share A Memory
Send Flowers
Plant a Tree