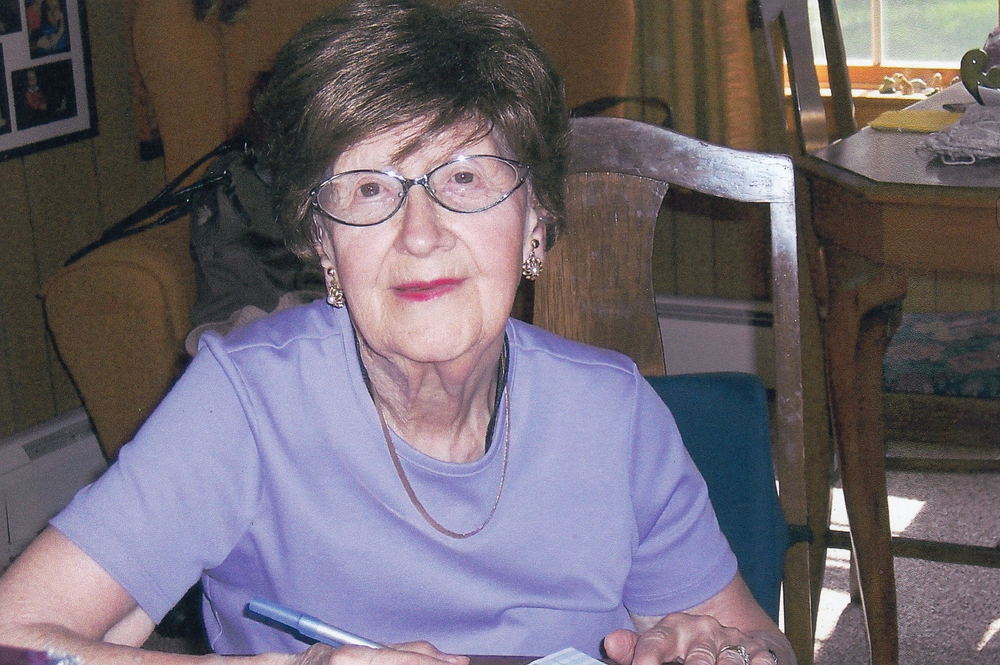 Please share a memory of Jeanne to include in a keepsake book for family and friends.
View Tribute Book
Canaseraga -Jeanne Berry age 99, passed away Tuesday, December 28, 2021, at Noyes Memorial Hospital in Dansville, following a brief illness. Jeanne was born in 1922 and grew up in Norwich, England where she had many fond memories of seaside outings and fish and chips. It was during World War II that she met her future husband, Bud Berry, who was an American GI stationed nearby her home. After the war they married, came back to the United States and settled in Canaseraga. In the early years of her marriage Jeanne was a homemaker and always found time for volunteer work and helping elderly neighbors. She was active In the American Legion Auxiliary and taught Sunday School. She was a Bluebird and Camp Fire girl Leader. Later she worked at the Canaseraga Central School as the business department secretary. In 1970 she became a secretary to the Director of the School of Engineering at RIT. Upon retirement, she was a secretary and trustee at the Canaseraga Library. She thoroughly enjoyed volunteering at the front desk and chatting with the children as they arrived for story hour. She looked forward to setting up the craft tables and selling the various wooden toys and crafts that her husband made and she helped decorate. Working in her gardens was a favorite pastime throughout her life and she was known for her lovely English flower gardens. Jeanne enjoyed collecting many things but her greatest passion was teddy bears. Jeanne was predeceased by her parents Blanche (Weeks) and Alfred Minns and her husband Herbert. She is survived by daughters, Sharyn Canham, Stacey Jordan, grandchildren, Jessica, Gillian (Nick), Bethany, Steffanie, Rebekah (Tom), great grandchildren, Katie, Thomas, Sierra. She is also survived by a sister and brother-in-law, Patricia and lan Makin of Brundall, England plus many nieces and nephews in England and the United States. There will be no prior calling hours, A memorial service will be held at a later time. Arrangements by the Hindle Funeral Home Inc. 271 Main St. Dansville, NY 14437. Online memorials may be left at HindleFuneralHome.com. In lieu of flowers, please consider making a memorial contribution to the Canaseraga Essential Free library.

Look inside to read what others have shared
Family and friends are coming together online to create a special keepsake. Every memory left on the online obituary will be automatically included in this book.
View Tribute Book
Services for Jeanne Berry
There are no events scheduled. You can still show your support by sending flowers directly to the family, or planting a memorial tree in memory of Jeanne Berry.
Visit the Tribute Store

Share Your Memory of
Jeanne
Upload Your Memory View All Memories
Be the first to upload a memory!
Share A Memory
Send Flowers
Plant a Tree