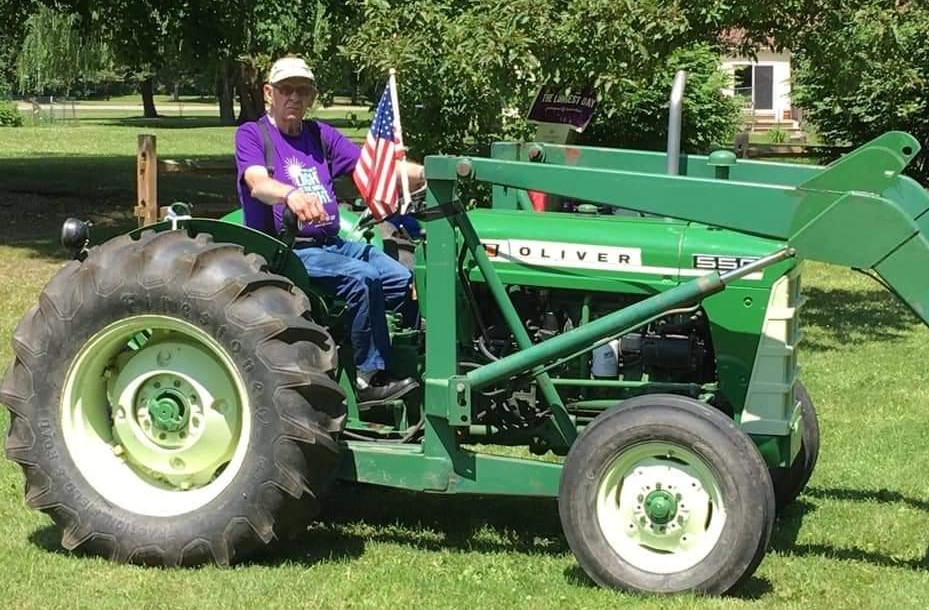 Please share a memory of Paul to include in a keepsake book for family and friends.
View Tribute Book
Dansville – Paul Ross Hynes age 95, passed away peacefully Thursday morning May 20, 2021, at Noyes Memorial Hospital in Dansville, NY. Paul was born in the Town of Wayland, NY on September 9, 1925, a son of the late Ross and Grace (Lawrence) Hynes. On April 2, 1948 he was married to the former Frances L. Merriman, who predeceased him on December 22, 2013. He was also predeceased by siblings, Melbourne Hynes, Cecil Hynes, William Lewis, and Glenn Lewis. Paul was a welder at the former Eastman Kodak Company in Rochester, NY for twenty-eight years. He was a member of the Sparta Center United Methodist Church, the Oliver Tractor Collector’s Association, and was a charter member of the Sparta Center Volunteer Fire Department. He was a beloved husband, father and grandfather, brother, and a dear friend to many. He is survived by his daughter, Donna (Mike) Nagle; two sons, John (Gail) Hynes and David (Donna) Hynes; a brother Lloyd Hynes; seven grandchildren, Stacey (Pat) Moretti, Jenifer Smyder, Tanya (Andrew) Smither, Michele (Brian) Young, Melissa (Robert) Cody, Ryan (Brenna) Hynes, and Nathan Hynes; thirteen great-grandchildren; one great-great-grandchild; and several nieces and nephews. A celebration of life will be held Saturday, June 5 at 11:00 AM at the Sparta Center Volunteer Fire Hall for friends and family to pay their respects. Interment will be in Kiehle Cemetery with his dear wife Frances. Arrangements are by Hindle Funeral Home, Inc. 271 Main Street, Dansville. Online memorials may be made at HindleFuneralHome.com In lieu of flowers please make memorials to the Sparta Center Volunteer Fire Department.
Saturday
5
June

Share Your Memory of
Paul
Upload Your Memory View All Memories
Be the first to upload a memory!
Share A Memory
Send Flowers
Plant a Tree