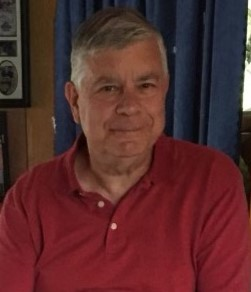 Please share a memory of James to include in a keepsake book for family and friends.
View Tribute Book
Dansville- James "Jim" G. Weidman, age 69, passed unexpectedly at home on Sunday May 16, 2021. He was born on October 23,1951, a son of the late Paul and Charlotte (Libbey) Weidman. He was also predeceased by his grandparents, uncle's and nephew Christopher Mann. He graduated from Dansville High School in 1969. Jim worked his entire life in Dansville. He was an usher at the Star Theater while in high school. While in high school Jim played guitar in a band called The Wave Length. Jim then went to work at Freeman's Hardware which became Ideal Lumber. He also was employed at Kelly Brother's Nursery. On June 14, 1970, Jim began working as a machinist and an auto parts technician at Dansville Auto Parts. While working there, he worked at the auto auction and Duffy's Racing. In February 2016, Jim retired from the auto parts business. Jim was a lifelong Dansville resident. Jim enjoyed drag racing at the Empire Drag Way in the 1970s and the 1990s. Anyone that attended may recall his 74 Vega and his 75 GTO. Other Dansville residents, my recall his green 1955 Chevy. Everyone that knew Jim learned of his sweet spirit. He also was quite a prankster with a fantastic sense of humor. He loved puns, anecdotes, limericks and storytelling. Jim enjoyed fireworks, camping, music, campfires and his kitties. He liked to watch NASCAR and his N.Y. Jets. Jim loved to spend time with family and friends. He took great pleasure in his Sunday road trips. Jim loved his trips to Erie PA, the 1000 Islands, Arizona and Florida. He is survived by his siblings, Nancy Ehler, Bonnie Gray and Thomas (Louann) Weidman. Jim is also survived by a niece Crystal (Ryan) and two nephews Matthew (Amanda) and Robert (Shelby) and several great-nieces and nephews, and his long time companion Nancy Cimino. He also had dear friends, Sharon Trescott, Kurt Harvey, Greg Molyneux and Jessie Weidman. “Jim's Celebration of Life will be held on Saturday July 3, 2021 from 2-5pm at the property he grew up on at the end of Weidman Lane (now owned by Kurt Lohrmann). Please bring a chair and join us in sharing your favorite memories of Jim. Food and non-alcoholic beverages will be provided. Please RSVP by Saturday June 26th, 2021 and direct any questions to Bonnie Gray at 607-382-8573. Online remembrances my be left at HindleFuneralHome.com. Hindle Funeral Home, Inc. 271 Main St. Dansville. In lieu of flowers, donations can be made to the Livingston County Avon Humane Society, the Alzheimer's Association or the Dansville Ambulance.
Saturday
3
July

Share Your Memory of
James
Upload Your Memory View All Memories
Be the first to upload a memory!
Share A Memory
Send Flowers
Plant a Tree