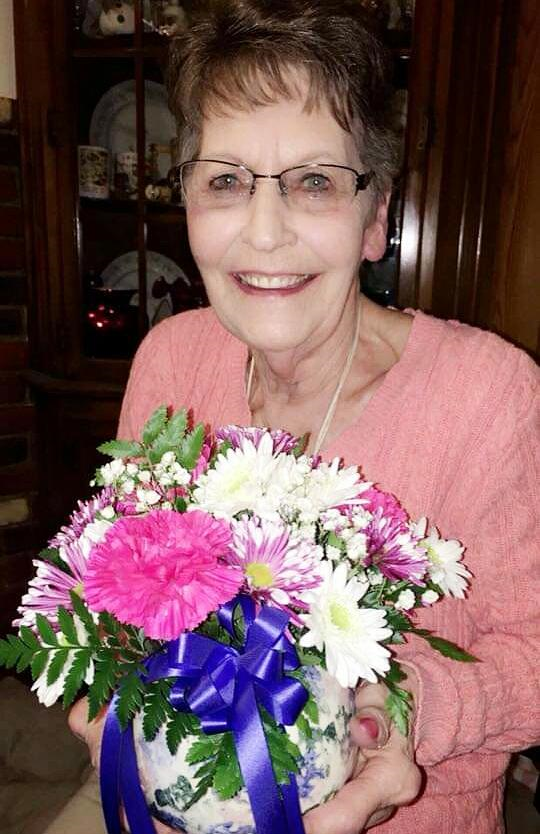 Please share a memory of Joann to include in a keepsake book for family and friends.
View Tribute Book
Joann Adeline Cox, of Dansville NY, passed away peacefully on February 21, 2021 at the age of 80. Joann was born February 22, 1940, the eldest of 6 children to Evelyn (Rice) and Russell Brown. Joann graduated from Geneseo Central Schools in 1958. She is predeceased by her first husband Robert G. Kennedy Sr., and second husband Robert P. Cox, and brother Everett Brown. She is lovingly remembered and survived by her children, Robert G. Kennedy Jr., Ricky E. Kennedy, Tracey L. Kennedy (Keith Levee), Lawrence F. Kennedy (Kellie Kennedy), and Tina M. Markel (Charles Markel), along with her grandchildren, Leo J. Bricks, Krystina L. Zona, Christopher V. Bricks, Natalie M. Waters, Jennah K. Kennedy, Morgan M. Kennedy, Meghan M. Waters, Meredith A. Kennedy, Tanner J. Kennedy, and Maggie E. Kennedy, her great-grandchildren Christian, Noah, Carter, Lorilei, Addaleena, Lincoln, and Vincent, and her siblings, Patricia Smith (Robert Smith), Betty Jean Vogt (Niles Hickey), Edward Brown (Kathleen Brown), and Marie Casio, and many nieces and nephews. Joann was a compassionate, selfless, and loving mother, grandmother, sister, aunt, and friend. She enjoyed knitting, baking, playing scratch off lottery tickets, playing Yahtzee, attending and hosting family gatherings, and most of all spending time with all of her family and friends. Joann was kind, generous, and "tough as nails," as her entire family would often describe her. She was the anchor to her entire family, and she was the strongest woman in the world in her family's eyes. She was loved dearly by so many family and friends, and will never be forgotten. A private family viewing will be held at the Hindle Funeral Home. A Mass of Christian Burial will be Celebrated for family at St. Mary's Church in Dansville. Interment will be in Oak Lawn Cemetery in West Sparta. Online remembrances may be left at HindleFuneralHome.com In lieu of flowers, contributions can be made to the Dansville VFW, and/or the Dansville American Legion.

Look inside to read what others have shared
Family and friends are coming together online to create a special keepsake. Every memory left on the online obituary will be automatically included in this book.
View Tribute Book
Services for Joann Cox
There are no events scheduled. You can still show your support by sending flowers directly to the family, or planting a memorial tree in memory of Joann Cox.
Visit the Tribute Store

Share Your Memory of
Joann
Upload Your Memory View All Memories
Be the first to upload a memory!
Share A Memory
Send Flowers
Plant a Tree