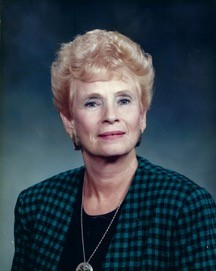 Please share a memory of Justine to include in a keepsake book for family and friends.
View Tribute Book
Dansville- Justine H. Matthews age 90, passed away early Monday morning 9/21/2020 at the Maplewood Nursing home in Webster, following an illness. She was born in Warrensburg NY, on January 20, 1930, the daughter of the late Charles and Harriett (Fish) Hackett. She was married to Robert Matthews on April 23, 1949 who predeceased her in 2012. She and her late husband Bob were co-founders of Matthews Buses, Inc. New York in 1967. Together this company went on to spawn numerous other transportation related companies over the following decades and she remained a shareholder in Matthews Buses, Inc., NY as well as Matthews Bus Alliance, Inc. Orlando, FL. Justine was a true trailblazer for women and not only to those in the school bus industry but beyond. She excelled and set an example for women in a time when it was certainly not the norm. During her lifetime and largely because of her early efforts, Mathews companies were able to go on and win the prestigious Thomas Built Buses Dealer of the Year award five times. Besides her many bus industry achievements, she was most proud that she was named the first woman to hold the top post of Chairwoman of Rochester NY Area Blue Cross & Blue Shield in 1989. At the time of this appointment she was touted by the then Vice President & CFO of the Blues as possessing a special rare trait which was a combination of intelligence and a lot of common sense. Justine was also a licensed private pilot and a member of The 99's an international organization of women pilots founded by most notably Amelia Earhart in 1929. Justine also loved to play golf and ski and loved to travel. She and our Dad traveled the world together including many years in their motorcoach and boats all appropriately named "Justine". Justine is survived by her five sons, Guy and wife Betsy, Mark and wife Kate, Rob and wife Rhonda, Glenn and wife Lori, Brad and wife Nancy, eleven grandchildren and four great grandchildren. Due to the Covid Pandemic services for Justine have been postponed until spring. Arrangements by the Hindle Funeral Home, 271 Main St. Dansville. Online memorials may be shared at HindleFuneralHome.com. In Lieu of Flowers please make memorial donations to Wounded Warrior Project P.O. Box 758517 Topeka, Kansas 66675

Look inside to read what others have shared
Family and friends are coming together online to create a special keepsake. Every memory left on the online obituary will be automatically included in this book.
View Tribute Book
Services for Justine Matthews
There are no events scheduled. You can still show your support by sending flowers directly to the family, or planting a memorial tree in memory of Justine Matthews.
Visit the Tribute Store

Share Your Memory of
Justine
Upload Your Memory View All Memories
Be the first to upload a memory!
Share A Memory
Send Flowers
Plant a Tree