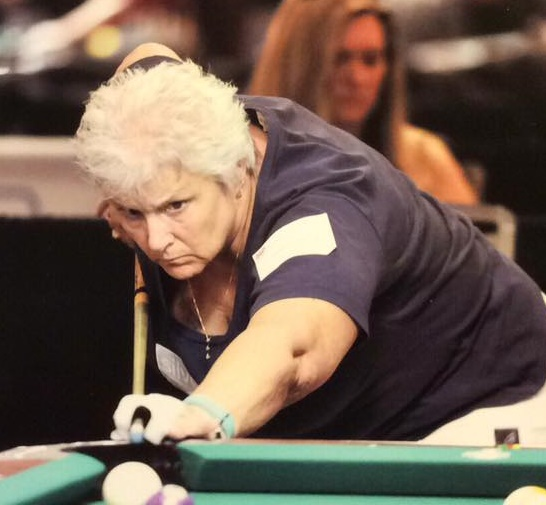 Please share a memory of Diane to include in a keepsake book for family and friends.
View Tribute Book
Endicott - Diane L. Haywood age 68, passed away peacefully at home on August 18, 2020, after a difficult 8-year battle with cancer. She was born in Spokane WA, on January 27, 1952, a daughter of the late Donald and Dorothea (West) Mauro. On July 23, 1983, she was married to Keith E. Haywood, who survives. Diane retired as a blood donor specialist and supervisor for the American Red Cross. She would always strive to be the master of any endeavor. Among those mastered was cooking, baking, cake artistry, crafting and riding her motorcycle. Known as The Silver Fox, she was an avid player of in well over 1000 sanctioned pool matches, both 8 ball and 9 ball. Her many accomplishments in billiards include league championships, MVP awards, including League Big Dog honors, tournament victories as well as qualifying and playing in the APA World Pool Championships three times. She was also known as the Halloween Lady. She always made her house a trick or treat destination. In Endicott, you could find her display by traveling into West Corners and looking for the glow in the sky. Under that glow, was a haunted house filled with fun and scares from costumed actors, props and gags created by Diane. Surviving in addition to her husband Keith, are daughter Tracey (Ronald) Van Leuvan, of Conway, South Carolina; three sisters Donna “Dee Dee” Briggs, Debbie Holbrook, Denise Mauro, all of Dansville, two brothers Dennis (Tracy) Mauro of Arkport, David (Cherri) Mauro of Dansville, a grandson Ryan Van Leuvan, and many nieces and nephews.. Her family wishes to thank Dr. Yalamanchili, the incredible staff of Broome Oncology and the many doctors, nurses and healthcare providers who enabled her to make the most of the last 8 years. A Celebration of Diane's life will be held at 905 Madeline Drive, Endicott, NY on Saturday, September 12 from noon to 6 pm to accommodate a limited number of people at any one time. Arrangements are by the Hindle Funeral Home, Inc. 271 Main St. Dansville, NY 14437. Online remembrances can be left at HindleFuneralHome.com. In lieu of flowers, memorial contributions may be made to any humane society, food bank or The American Cancer Society.

Look inside to read what others have shared
Family and friends are coming together online to create a special keepsake. Every memory left on the online obituary will be automatically included in this book.
View Tribute Book
Services for Diane Haywood
There are no events scheduled. You can still show your support by sending flowers directly to the family, or planting a memorial tree in memory of Diane Haywood.
Visit the Tribute Store

Share Your Memory of
Diane
Upload Your Memory View All Memories
Be the first to upload a memory!
Share A Memory
Send Flowers
Plant a Tree