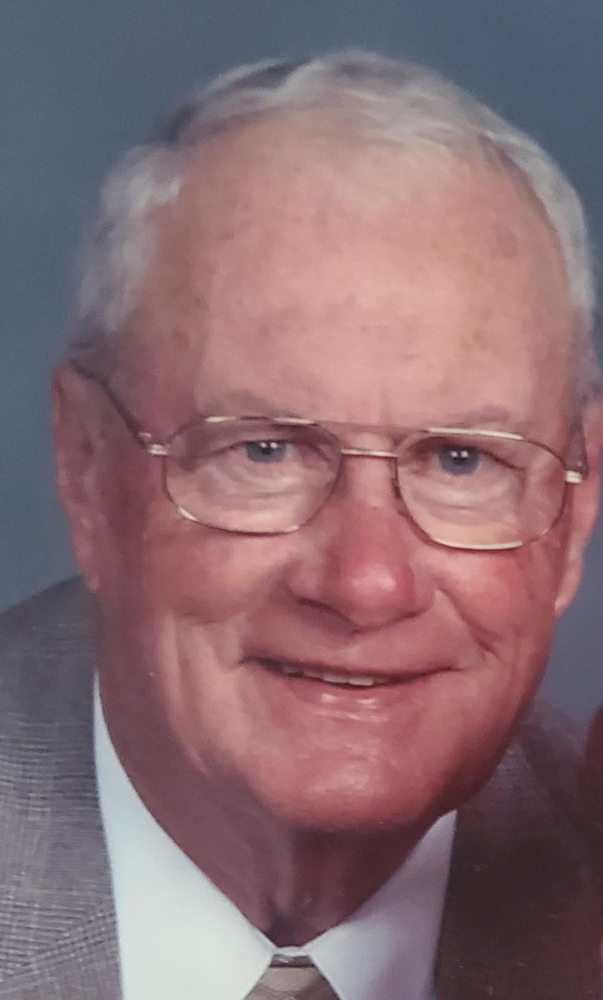 Please share a memory of Robert to include in a keepsake book for family and friends.
View Tribute Book
Dansville- Robert F. "Bob" Hayes age 89, passed away early Saturday morning September 3, 2022, at Noyes Memorial Hospital in Dansville. He was born Whitesboro, NY on June 30, 1933, a son of the late William and Gertrude (Lander) Hayes. He was also predeceased by his siblings, Gertrude White, William, and Theodore Hayes. On February 19, 1955, he was married to the former Rose Loepker Hayes, who survives. Bob was a US Navy veteran serving during the Korean conflict aboard the USS Bushnell. He was retired from Foster Energy Corp. formerly of Dansville. He was a communicant of the Holy Family Catholic Community at St. Mary's Church in Dansville. Bob and Rose spent many winters in Florida, where bob was an avid golfer. He was a 65-year member of the Daniel Goho Post #87 of the American Legion in Dansville. Surviving in addition to his wife Rose, are a daughter Julie (Gerry Mapes) Acomb and Daniel (Kandi) Hayes all of Dansville. A sister Margaret Lemen, a sister in-law Pat Hayes, his grandchildren; Nathan Hayes, Torey (Kevin) Fay, Chad (Lauren Krenzer) and Ashlee Acomb a great grandchild Lillyanna Fay. and many nieces and nephews. Friends may call Thursday September 8th from 4 to 7 at the Hindle Funeral Home, Inc. 271 Main St. Dansville. A memorial Mass of Christian Burial will be Celebrated at St. Mary's Church on Friday September 9th at 10:00 am. Interment with full military honors will be in Holy Cross Cemetery, Dansville. In lieu of flowers please make memorials to The Vincent House 310 2nd Ave. Wayland, NY 14572
Thursday
8
September