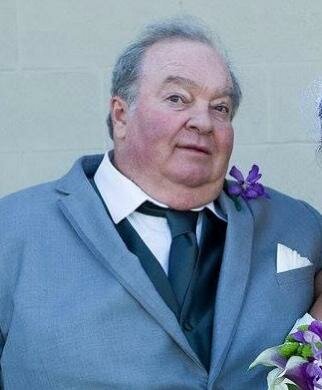 Please share a memory of Ralph to include in a keepsake book for family and friends.
View Tribute Book
Hornell- Ralph Roger Gray age 68, passed away unexpectedly Saturday afternoon April 23, 2022, at his home in Hornell. He was born in Dansville on October 8, 1953, a son of the late Robert and Margaret (Struble) Gray. He was also predeceased by his sisters, Janet Spong, and Jayne Gray. Ralph was a jack of all trades master of none... but he was full of knowledge and willing to share it with anyone that was willing to listen or even if you weren't. When any of his kids had houses of their own that they were working on he would jump right in to help.... usually, it was from a chair telling you how to do it, but he was sharing his knowledge at the same time. He was very old school no pex plumbing allowed only copper, and no aluminum roofing...shingles are the best. This coming from a past roofer of 30+ years. If you stopped to see him at home, you could either find him in his chair watching a series on Netflix or chasing a deal on the computer at the dining table. He was always good at looking for a deal. He is survived by his children, Michael Gray, Jeremy (Christina) Gray, Candice King, and Crystal (Ryan) Burns, his brother James (Diana) Gray, his sister Angie McCanna, 8 grandchildren, 11 great-grandchildren, several nieces and nephews. Friends may call on Friday April 29, from 3:00pm to 6:00pm at the Hindle Funeral Home Inc. 271 Main St. Dansville, NY. Following calling hours a celebration of life to immediately follow at the Rod And Gun Club (upper building) Gibson St Dansville. Online Remembrances may be left at HindleFuneralHome.com. In lieu of flowers please make donations too Cystic Fibrosis Foundation.
Friday
29
April

Share Your Memory of
Ralph
Upload Your Memory View All Memories
Be the first to upload a memory!
Share A Memory
Send Flowers
Plant a Tree