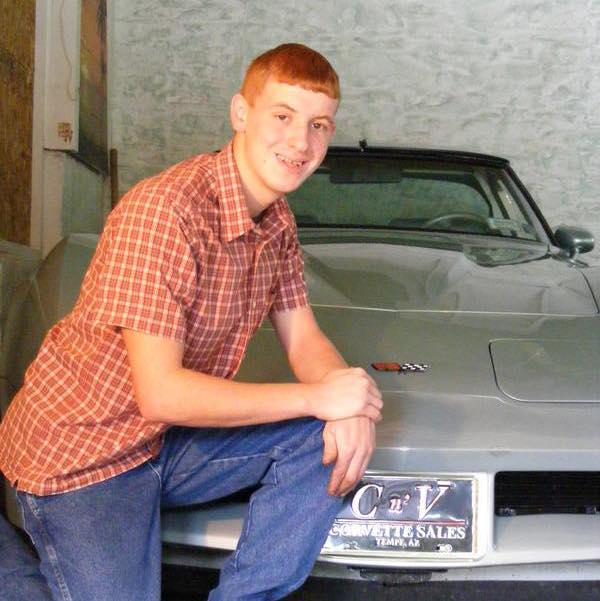 Please share a memory of Cyle to include in a keepsake book for family and friends.
View Tribute Book
Cyle Edward Hindle age 31, passed away unexpectedly early Monday morning April 11, 2022, after a recently being diagnosed with Leukemia. He was born in Hornell on March 26, 1991, a son of Carl Eric and Lisa Jewel (Rowe) Hindle Sr. He was predeceased by his paternal grandparents Ed and JoAnn Hindle and maternal great-grandparents Harold and Aileen Runge. Cyle was a graduate of Dansville Central School and the Charles G. Occupational Center. In his younger years he enjoyed skiing, four wheeling, working on small engines and mowers. He had started his own repair shop named Busted Belt Repair until his illness prevented it. Surviving in addition to his parents Carl and Lisa, are a son Logan Edward, two brothers Carl Eric (Amanda Emke) Hindle Jr., Christian (Leanne) Hindle; maternal grandparents Herb (Jewel) Rowe, two aunts Casey (Lew) Bickle, and Jennifer Inman, an Uncle Herb Rowe, Jr., nieces Madelyn and Avery Hindle, cousins Andrew and Josh Bickle and Jake and Jessica Inman, his fiancée Kristen, her parents Betty and Dennis and her children Annabelle, William and Hunter. A family service with the Pastor Derrick Wadsworth officiating was held at the Hindle Funeral Home, Inc. 271 Main St., Dansville. Interment was in Greenmount Cemetery, Dansville. Online remembrances may be left at HindleFuneralHome.com. Because of Cyle's son Logan loving a good playground. We wish memorials in Cyle's name be made to the Dansville Community Center, Playground Fund, 43 West Ave, Dansville, NY 14437.

Look inside to read what others have shared
Family and friends are coming together online to create a special keepsake. Every memory left on the online obituary will be automatically included in this book.
View Tribute Book
Services for Cyle Hindle
There are no events scheduled. You can still show your support by sending flowers directly to the family, or planting a memorial tree in memory of Cyle Hindle.
Visit the Tribute Store

Share Your Memory of
Cyle
Upload Your Memory View All Memories
Be the first to upload a memory!
Share A Memory
Send Flowers
Plant a Tree