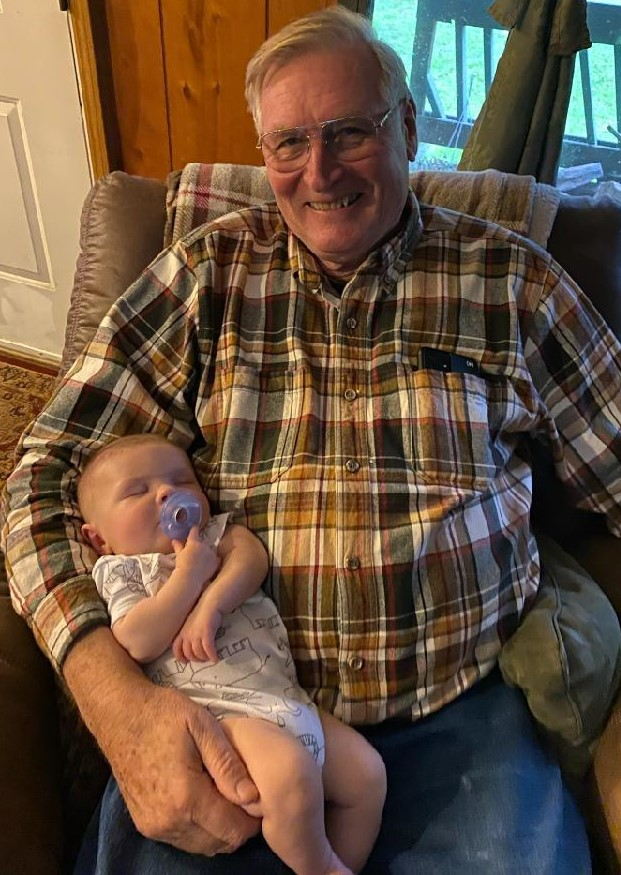 Please share a memory of Walter to include in a keepsake book for family and friends.
View Tribute Book
Dansville – Walter "Ed" Greek, age 75, passed away at Strong Memorial Hospital, on Sunday evening, April 10, 2022, following an accident. He was born in Hornell, NY a son of the late Walter L. Greek and Veronica (Butler, Greek) Rowe. He was also predeceased by his stepfather George Rowe, and his siblings, Richard Rowe, and Ronald Greek. Ed was a man who was loved by his community, who was there with a helping hand for any family member or friend in need. Everywhere he went he was asked how tall he was, which he would respond 5ft 18 ½ inches. He was a professional welder holding jobs at Foster Wheeler Corp. in Dansville, retiring from Elf Atochem Company, formerly known as Lucidol. During retirement he was a driver for West Herr Auto Sales and Expressway Auto Auction in Dansville. Finishing his career as school bus driver for the Dansville Central School District. Ed loved driving his bus routes and was known to the children as Mr. Ed. He was a past vice president and 50-year member of the Conesus Lake Riders Motorcycle club, a past president of the Old Bastards Club, as well as a member of the Loyal Order of the Moose. Above all else he was a loving husband, father, and grandfather, who enjoyed all things motorized, his motorcycles, and car/bike shows and rallies. Ed's family would like to extend their gratitude for everyone who reached out and kept him in their prayers following his accident. Ed is survived by his wife Robin Greek and his children, Shelley (Marty Levee) Greek, Tammy (Chris) Gamble, Ron Greek. He is survived by his siblings Joanne (Larry) Bliss and Eugene Greek; by Robin's children, Anna (Matt) McCarthy and Samuel (Sarah) Reger; his grandchildren, Rochelle Moore, Brittany (Matt) Cushman, Devin Greek, Riley, Nolan, and Colton Gamble; his step-grandchildren, Xavier, Henry, Joseph, Mary Reger and Margaux McCarthy; his great-grandchildren, Austin Jane Moore and Levi Cushman. He is also survived by several nieces, great-grand nieces and nephews, and cousins. Friends may call on Thursday April 14th from 3:00pm to 7:00pm at the Hindle Funeral Home Inc. 271 Main St. Dansville. A funeral service will be held Friday, April 15th 11:00 am at the funeral home. Interment in Greenmount Cemetery Dansville. Online remembrances can be left at HindleFuneralHome.com In lieu of flowers please make memorials to a charity Ed loved supporting, Theresa House 21 Highland Rd. Geneseo NY 14454
Thursday
14
April

Share Your Memory of
Walter
Upload Your Memory View All Memories
Be the first to upload a memory!
Share A Memory
Send Flowers
Plant a Tree