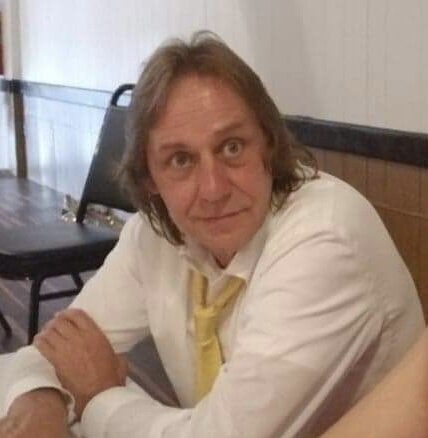 Please share a memory of Richard to include in a keepsake book for family and friends.
View Tribute Book
Dansville- Richard Lee Perrine, age 59, passed away early Wednesday morning, March 23, 2022 at his home following a sudden cardiac event. Rick was born in Dansville on October 21, 1962, a son of the late Richard H. and Nancy A. (Rouse) Perrine. Rick attended Dansville High School and Mt. Morris BOCES where he was enrolled in auto body trades and graduated the Class of 1981. Rick worked as an autobody repairman and autobody painter. He worked at local garages such as Elsenheimer Chevrolet Inc, Hornell, NY and Matthew Buses Inc, Avon, NY for a majority of years until 2020 where he filled his remaining days doing a variety of activities that he had a passion for. He became an avid scrapper but his greatest passion was tinkering on anything mechanical. Rick was always known as a "car guy". Rick's most memorable projects included his beloved 1967 Dodge Dart, a dirt bike he built for his son and finally his last project being a go-kart for his grandson. Rick dreamed to one day own his own garage where he could take on larger scale projects along side his son in-law. He enjoyed everything that involved racing. One might find him often spectating the drag racing events at the Empire Dragway in Leicester, NY or watching NASCAR or NHRA on TV with his MOPAR shirt on. Going to the local drive in with his daughters as well as maintaining the family farm along side his son was another favorite summer pastime of his. He will be greatly missed by his family and friends. Rick is survived by his long-time partner, Leanne Cornell (Dansville), his children Nicole (Blake Fennell) Perrine (Dansville), Amanda (Glenn Wixted) Perrine (Newport News, VA), Hunter (Amber Malone) O'Neal (Wayland), Leanne's daughter Kaitlin (James) Barlow (Cornell)(Perkinsville) and his grandson, Kolson Barlow. He is also survived by his sister Vicky (Eugene Pierce) Perrine (Dansville), and two nephews Timothy Pierce (Dansville) and Mason Pierce (Dansville). Friends may call on Tuesday March 29, 2022, from 4:00pm to 7:00pm at the Hindle Funeral Home Inc. 271 Main St. Dansville. Online Remembrances can be left at HindleFuneralHome.com In lieu of flowers please make memorials to American Heart Association, Alzheimer's Association or to the Dansville Volunteer Ambulance Company.
Tuesday
29
March

Share Your Memory of
Richard
Upload Your Memory View All Memories
Be the first to upload a memory!
Share A Memory
Send Flowers
Plant a Tree