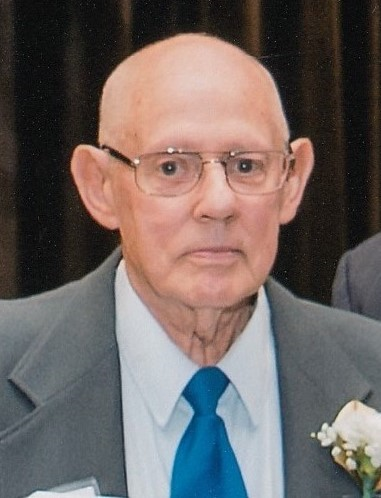 Please share a memory of Donald to include in a keepsake book for family and friends.
View Tribute Book
Dansville – Donald James Perkins age 85, passed away at home early Thursday afternoon February 17, 2022, following and extended illness. He was born in Silver Springs NY on January 17, 1937, a son of the late Glen and Edith (Wilcox) Perkins. On July 20, 1972, he was married to Dorothy (Carney) Perkins who predeceased him on January 14, 2022. He was also predeceased by a brother Gary Perkins Don was a welder at the former Foster Wheeler Energy Corp in Dansville. He was a member of the Loyal Order of The Moose # 1130 in Dansville. In 2017 he was awarded the Senior Citizen of the Year for the Town of Ossian. He is survived by three daughters, Irene Bovee, Sandy Luther-Perkins and Dana Perkins, sons, Donald Perkins, Michael Perkins, Tim (Judy) Wilson, Lynn Wilson and Harold (Trichelle) Wilson, a sister Jean Van Durme, eight grandchildren, four great grandchildren and many nieces and nephews. Services have been postponed to a later date. Interment will be in Greenlawn Cemetery, Dansville. Arrangements are by the Hindle Funeral Home, 271 Main St., Dansville. Online remembrances may be left at: HindleFuneralHome.com. In lieu of flowers please make memorials to the family.

Look inside to read what others have shared
Family and friends are coming together online to create a special keepsake. Every memory left on the online obituary will be automatically included in this book.
View Tribute Book
Services for Donald Perkins
There are no events scheduled. You can still show your support by sending flowers directly to the family, or planting a memorial tree in memory of Donald Perkins.
Visit the Tribute Store