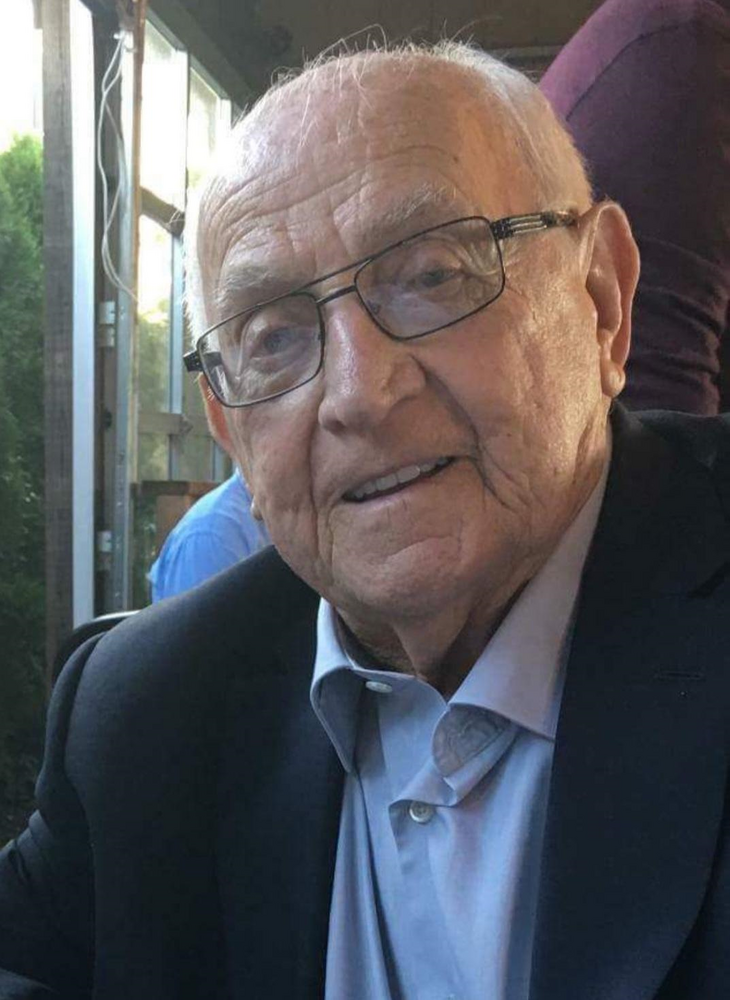 Please share a memory of John to include in a keepsake book for family and friends.
View Tribute Book
Dansville – John J. Pappas Sr. age 88, passed away peacefully early Thursday afternoon February 10, 2022, at Unity Hospital in Rochester after a short illness. John was born in Dansville on May 16, 1933, the youngest son to the late James K. and Zinovia (Evegenides) Pappas. On January 6, 2018, he was married to Joyce A. (Bauer) Pappas, who survives. Predeceased by his wife of 38 years, Barbara L. (Duryea) Pappas, married November 21, 1975. He was formerly married to Helene Diana Melides, who was the mother of his children. John was also predeceased by his siblings Bessie (Pappas) Zulia, Vera (Pappas) Revelas, Deno and Constantine Pappas. John was drafted to serve in the U.S. Army in 1953 and served for two years where he was stationed in Germany during the Korean War. One of his favorite memories of recent years was the honor he was given to fly with Honor Flight Mission #49, out of Rochester, accompanied by his daughter Lou Ann. John was a devoted and proud businessman and had many endeavors through the years in Dansville. He took great pride in being able to reinvest locally. Memories still flow when you mention one of the many businesses he owned: Pappas Bros. (Pappas Dry Cleaners), Papa Johns, Pappas Oil Co., The Village Gas Mart, or even The Little Milkhouse and Village Flowers and Gifts which he owned with Barbara. He was a member of many organizations, including Livingston-Wyoming ARC, Meals on Wheels and Alcoholics Anonymous, and loved to help others on their journey in life. John loved his family very much; and as he aged, his grandchildren and great-grandchildren became a huge part of his everyday life. John was a staple in his community and to his family. He had many great and wonderful friends. He loved to travel, and he seemed to know people everywhere he went. It was hard to keep him from venturing out. He leaves a legacy behind that will not soon be forgotten and he will be missed by many. Husband of four years to Joyce Pappas. Husband of thirty-eight years to Barbara Pappas. Father of Lou Ann (Al) Owens, James (Marjorie) Pappas, Paul (Cindy) Pappas, John (Nancy) Pappas, Michael Pappas, Amy Weber, Robin Pappas, Christine (Frank) Tonkery, Bernadette (Kevin) Dailey, Tony (Carolyn) Chiappone. Grandfather of Jamie (Chris) Mackey, Zinny (Garrett) Mitchell, James (Ashton) Pappas, Erin Geiger, John “Johnny Joe” Carmody, Erica (Garrett) Oehlstrom, Taylor (Brady) Carter, Robert (Heather) Tonkery, Elizabeth (Josh) Guild, Frankie (Baylee) Tonkery, Rachele (Nathan) Detwiler, Renee Chiappone, Nicholas Chiappone, Johnny (Charlene) Pappas, Johanna (Bren) Borg, Stephanie (Eradin) Berrios, Jared (Emilie) Pappas, Sean (JoAnna) Kinney, Melissa Jones, and more than forty-one great-grandchildren. Friends and Family may call Thursday February 17, from 2 to 7 pm at the Dansville Foursquare Church 49 West Ave in Dansville. Funeral services will be held Friday February 18th at 11:00am in 2 locations: Services will be held at St. Peter’s Episcopal Church for immediate family only due to limited seating capacity. However, all family and friends are invited and welcomed to join in the live streamed funeral service directly behind at the Dansville Presbyterian Church. Although we will be separated by buildings, we will be together in spirit and love while we celebrate John’s life together. All are asked to wear a mask on request from John’s family. For those who cannot be with us in person, please join us in spirit by viewing the live streamed services online at www.stpetesdansville.org. Interment with full military honors will be in Greenmount Cemetery, Dansville. Arrangements are by the Hindle Funeral Home, 271 Main St., Dansville. Online remembrances may be left at: HindleFuneralHome.com. In lieu of flowers please make memorials to the Daniel Goho Post # 87 of The American Legion, PO Box 306, Dansville, NY 14437, or to Honor Flight Rochester at https://honorflightrochester.org/
Thursday
17
February

Share Your Memory of
John
Upload Your Memory View All Memories
Be the first to upload a memory!
Share A Memory
Send Flowers
Plant a Tree