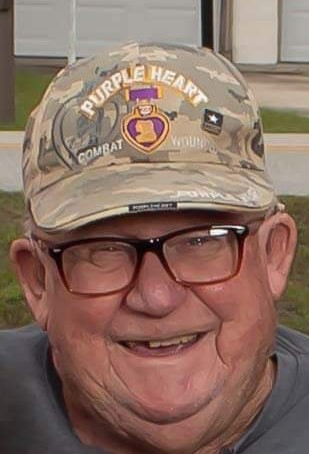 Please share a memory of William to include in a keepsake book for family and friends.
View Tribute Book
Dansville – William Joseph "Bill" Chase age 88, departed this earthly life on January 10, 2022, peacefully in his sleep in Florida. He was born in Wellsville on March 9, 1933, a son of the late Walter and Ruth Chase. He was also predeceased by a son Joseph Chase, five sisters and a brother. Bill was a US Army veteran and Purple Heart Recipient during the Korean War. He was a Life member of the Frank Casbolt # 6780 of the VFW in Dansville. He was also a former member of the James H. Jackson Hose Company of the Dansville Fire Department. He was also member of the Tavares Lions Club. Bill drove school bus in Dansville for seventeen years and for ten years in Tavares FL. He had also worked at the former Foster Wheeler Energy Corp. in Dansville. Bill and his wife Barb owned and operated the former Busy Bee Restaurant in Dansville. He was an avid hunter, fisherman and bingo player. He is survived by his wife Barbara (Alverson) Chase, two daughters, Brenda Chase and Diana (Bill) Shutt, a son Stephen (Nancy) Chase. He was blessed with seven grandchildren, Dan and Nick Hargrave, Jenny Gadsden, Joshua and Jason Chase, Tara Bickhart and Cody Seward, five great-grandchildren, nine great-great grandchildren and many nieces and nephews. Services will be held at a later date. Arrangements are by the Hindle Funeral Home, 271 Main St., Dansville. Interment with full military honors will be in Greenmount Cemetery Dansville. Online remembrances may be left at: HindleFuneralHome.com. In lieu of flowers please make memorials to the Tavares Lions Club 1100 Lake Harris Drive Tavares, FL 32778.

Look inside to read what others have shared
Family and friends are coming together online to create a special keepsake. Every memory left on the online obituary will be automatically included in this book.
View Tribute Book
Services for William Chase
There are no events scheduled. You can still show your support by sending flowers directly to the family, or planting a memorial tree in memory of William Chase.
Visit the Tribute Store

Share Your Memory of
William
Upload Your Memory View All Memories
Be the first to upload a memory!
Share A Memory
Send Flowers
Plant a Tree