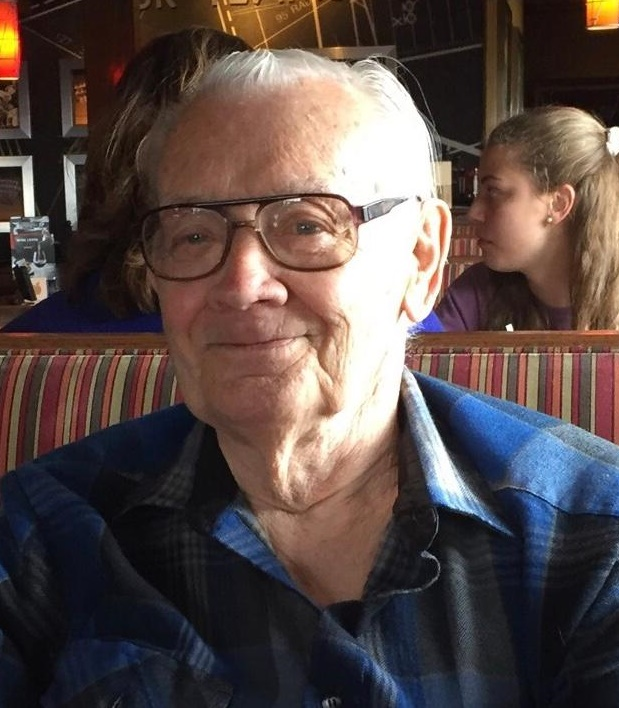 Please share a memory of James to include in a keepsake book for family and friends.
View Tribute Book
Dansville – James William Mark, aged 89, passed away Tuesday afternoon January 4, 2022, at his home in Dansville. He was born on March 9, 1932, in Rochester, the son of the late James J. and Helen (Kane) Mark. On September 1, 1951, he was wed to Lois (Knapp) Mark who predeceased him in 2021, he was also predeceased by an infant son. James worked as a welder for the former Foster Wheeler Corp in Dansville for several years. Before and after Foster Wheeler he worked several odd jobs around Dansville including Blum's Shoe Factory. They moved to Arizona for 30 years where he worked for the State and worked for Walmart in AZ and NY until he was 72. In his earlier years James and Lois were members of the Loyal Order of the Moose # 1130 Dansville. James is survived by six children: Irene (John) Pasternak, Marjorie (Dale) Petersen, Walter (Diana) Mark, Cynthia (John) Iabone, James S. Mark and John (Wendy) Mark, six grandchildren, eight great-grandchildren and many nieces and nephews. A graveside memorial will be held later for the immediate family only. Arrangements are being made by the Hindle Funeral Home, 271 Main St., Dansville. Online remembrances may be left at: HindleFuneralHome.com. In lieu of flowers or gifts, please send donations to the Alzheimer's Association 435 E Henrietta Rd, Rochester, NY 14620

Look inside to read what others have shared
Family and friends are coming together online to create a special keepsake. Every memory left on the online obituary will be automatically included in this book.
View Tribute Book
Services for James Mark
There are no events scheduled. You can still show your support by sending flowers directly to the family, or planting a memorial tree in memory of James Mark.
Visit the Tribute Store

Share Your Memory of
James
Upload Your Memory View All Memories
Be the first to upload a memory!
Share A Memory
Send Flowers
Plant a Tree