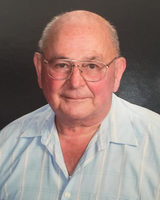 ARKPORT - Frank E. Owens, 73, died on April 8, 2020 at Strong Memorial Hospital following a brief illness. He was the son of the late Charles and June Owens. He is survived by his wife of 47 years Lois Owens. In addition to his wife, he is survived by 2 daughters Julie (Todd) Korabek of Williamsburg, VA and Jennifer (Mark) Burley of Hornell, 3 grandsons, Ryan and Chase Korabek and Owen Burley, 2 brothers Howard (Betty) Owens of Colombia TN and George (Valerie) Owens of Winterset, IA. He is also survived by several nephews, nieces, cousins and aunts. Frank was a professional truck driver. He began his career as a driver for his dad’s company Owens’ Brothers Inc. out of Dansville, NY. After some years at Owens’ Brothers and other companies, Frank purchased his own rig and became an owner operator. For the last 18 years, before Frank retired, he drove for Wal-Mart, based out of Marcy, NY. He maintained a flawless driving record traveling 1.5 million miles thru out the eastern US. He was a graduate of Dansville Central School class of 1964. He was a member of the high school band playing trumpet and was also on the DCS Wrestling Team. He was a member of the Fremont Fire Department for many years and served as town councilman on the Fremont Town Board. He enjoyed spending time with his family. He and Lois loved to travel to VA and FL to visit family and friends. He also enjoyed spending time with his 3 grandsons, watching them play sports, learn and grow. He was an avid reader of many things. He really enjoyed reading magazines about computers and trains. Frank also was a big fan of NASCAR Racing and NHRA Drag Racing. Frank was a beloved son, husband, father, grandfather, uncle and friend. He will be greatly missed and always loved. A life celebration and calling hours will be held at a later date. Interment will be in Lake View Cemetery, Groveland. Arrangements are by Hindle Funeral Home, Inc., 271 Main St. Dansville. Online memorials may be left at HindleFuneralHome.com. In lieu of flowers memorials may be made to the Fremont Fire Dept. or Arkport Presbyterian Church.